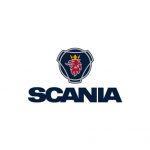 The concept of chip tuning of the SCANIA brand has entered our life relatively recently. At the same time, the procedure showed effectiveness so quickly that the popularity of chip tuning of the SCANIA engine is quite justified. The software method of performance modernization changes the main parameters of the fuel card operation without causing harm, while achieving the maximum level of performance and efficiency.

Chip tuning SCANIA (Scania): how much will you save and what will you get

SCANIA trucks have certain differences from others. The trucks are designed for long-distance flights and a large transported weight, so the manufacturer strives to make its cars hardy, powerful and economical. The firmware of trucks improves the performance of power and fuel consumption, which allows the car to do its job quickly and saves your money.

So, the SCANIA chip tuning (Scania) gives the following advantages:

The Turbo Diesel company carries out high-quality chip tuning of the engine, which is based on the competent approach of our specialists based on your wishes and capabilities of the car. An important point is the control of malfunctions expressed by the Check engine signal: we do not seek to suppress it or disguise it. On the contrary, we demonstrate that on a serviceable engine, the firmware is able to maximize the potential laid down in the equipment by the manufacturer.

Chip tuning of a truck allows you to :

The company “Turbo Diesel” carries out chip tuning of Scania (Scania) and other popular car brands that are in demand in the cargo segment. We guarantee a professional approach and a tangible result that you will be satisfied with – whether it is a truck for urban use or a trucker in need of high-quality tuning.